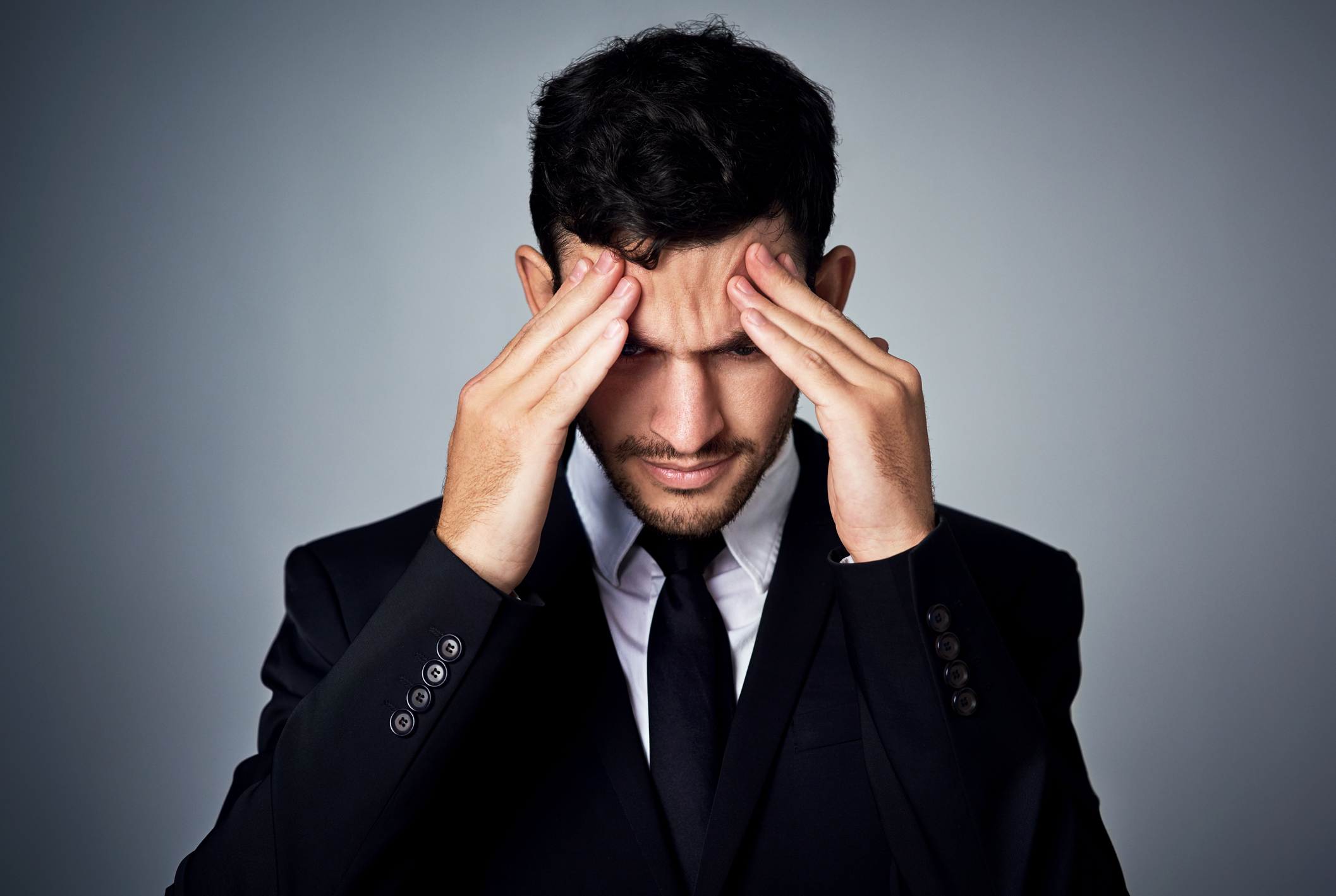 EXISTENTIAL NIHILISM AND MANIFESTATION DON’T MIX…OR DO THEY?

As the owner of the Manifestation Machine personal growth and development brand, a so-called “success guru”, and a “life coach” (or what I prefer to call a Peak Potential Coach, since the term “life coach” is so cliché and Peak Potential Coach far more accurately describes what I do), one of my jobs is to help people figure out what they want, as well as why they want it. In other words, I’m supposed to help people pick out a goal, or a set of goals, for themselves and then talk them, essentially, into giving enough of a shit about it that they’ll actually do something about it. But therein lies the source of my greatest difficulty in doing what I do for a living:

Unlike most “life coaches”, who are happy-go-lucky, eternal optimists (or who at least pretend to be), who are trained to help others find meaning in their lives, much like a psychologist would do, I am an existential nihilist, which means I do not believe that anything in life has any inherent (i.e.: built-in) meaning. In other words, I don’t believe that there is any meaning to be found in anything, that we are wasting our time trying to find it, and that if we want something to mean anything to us, then we must consciously decide that it means something to us, on an individual basis.

To summarize my belief in one sentence:

MEANING CANNOT BE FOUND, IT MUST BE CREATED

That said, I can picture a would-be client of mine to asking themselves, prior to hiring me, “Why would I hire this guy to help me get what I want, when he doesn’t think that what I want matters necessarily?”, and then deciding, ultimately, not to hire me. And you know what? I think they’d be justified in making that decision, and that said decision would actually be for the best, albeit not for the reasons you may think.

You see, my problem (really, it’s more of an opportunity than anything, as are all “problems”) isn’t so much my belief system as it is that of my would-be clients, and in that regard, my “problem” isn’t any different than the problem that all “life coaches”, psychologists, or “success gurus” are tasked with, when dealing with people who are determined to seek outside help in solving their own “problems”.

What belief system of my clients’ is it that I’m referring to exactly?

It’s the belief system that is commonplace amongst most people in first-world, Westernized countries—a system that supports the idea that we are all victims of circumstance, as opposed to the conscious creators of their own reality, which is what I truly know us to be. And while that belief system, flawed as it is, is a “problem” for anyone interested in assisting such a person in achieving their goals, it is especially “problematic” for someone like me, because whereas most “life coaches” would feel perfectly comfortable with telling such people that all they have to do to be happy is find something to care about, I know that finding meaning isn’t possible, and so have to tell my clients something completely different, which is that:

THE MEANING OF LIFE IS AN INSIDE JOB

As one of the protagonists in my inspirational, debut children’s novel, Breaking Away: Book One of the Rabylon Series (now available as a Kindle e-book, Audible audio book, and in paperback), states so poignantly and poetically at one point in their story, “It’s only after you’ve found what you want inside of you that you can find it outside of you,” and this goes not only for the things you want, but your reasons for wanting them as well. In other words, and mirroring what I said about happiness in my blog post entitled “Is Happiness Really a Choice? (The Truth About Depression and What You Can Do About It)”, it is your choice as to whether you care about anything or not.

To put it another way, the meaning of life, and everything in it, is, quite literally, whatever you want it to be. It is not what your parents, your bosses or your teachers, your next-door neighbor, or some “success guru” on YouTube says it is; it is whatever you—yes, you, the one reading this right now—say it is, or, more accurately, whatever you believe it is. And as scary as that may seem to the your typical, run-of-the-mill “life coaching” client who is probably not a huge fan of making decisions for his- or herself, it’s the truth, and as the age-old saying goes, the truth will set you free—that is, if you let it.

As another age-old saying goes, “The truth is whatever I say it is”, and the same goes for the so-called “meaning of life”, which is why any time someone asks, even jokingly, “What is the meaning of life?”, my response is always the same—again, “It’s whatever you want it to be”—followed by me asking the next logical question that any good “life coach” is obligated to ask: “Now, what do you want it to be?”

THE REAL QUESTION WE SHOULD ALL BE ASKING

This is a question I’ve personally asked myself several times in the last four or five years, and it’s a question I continue to ask myself as often as is needed for me to stay motivated and to maintain my status as the Manifestation Machine (i.e.: conscious creator of my own reality) that I am. Likewise, it’s a question that you and anyone else who aspires to create the life of their dreams, or what I prefer to call a life worth dying for, needs to be asking his- or herself every day, or at least at any point where you feel, as Chester Bennington of Linkin Park (R.I.P.) did when he took his own life, that life has no meaning or that everything that happens is completely pointless (which, by the way, is a belief I used to hold, that was, until I discovered the Law of Cause and Effect and came to realize that everything does, in fact, happen for a reason, even if we have no conscious idea of what that reason could possibly be).

And it’s because I know to ask this question, and to push for an answer to it every time it’s asked, that I am, in fact—and in lieu of my existential nihilistic beliefs which, on their face, may seem at odds with the entire premise of “life coaching”—far superior at “life coaching” than the majority of my less nihilistic counterparts who cling to the erroneous assumption that meaning is something to be found, as opposed to something to be formulated in the hearts and minds of the people who seek it.

That said, if my job as a Peak Potential Coach is rendered more difficult by my beliefs, it is not because my beliefs are at odds with the field of personal growth and development, but because the majority of peoples’ beliefs, in general, are at odds with the fact that we are personally responsible for deciding not only what we care about (which is the part that most “life coaches” get right), but also why we care about it (which is the part that most “life coaches” either don’t bring up at all, or treat as though it were an after-thought, as opposed to the cornerstone of their entire philosophy, which is what it is to me). Accordingly, my job isn’t really any more difficult than most life coaches’, it’s just more nuanced, and you know what? I can deal with that, as it’s the price I have to pay for being more effective (i.e.: getting better, longer lasting results) than my competition.

THE CORNERSTONE OF ALL SUCCESS IS GIVING A SHIT ABOUT SOMETHING, ANYTHING

The cornerstone of my “life coaching” philosophy is the fact that personal responsibility is the cornerstone of all success, and in this case, personal responsibility starts with taking responsibility for your feelings by consciously deciding what you care about, as opposed to either letting someone else decide it for you (which is something that is quite common in the corporate, call center environment I spent the first twelve years of my adult life working in) or sitting idly by, waiting for something to become meaningful to you of its own accord, which I can assure you is never going to happen.

Once you’ve decided what you care about and why you care about it, thereby assigning meaning to your existence, you can use that meaning as the foundation upon which you build the life of your dreams, that life worth dying for I spoke of earlier, but—and I caution you, this is a big, Nicki-Minaj-sized but—not a moment sooner. Why? Because it is your genuine care for something—what occult expert Mark Passio refers to as the 8th Hermetic Principle—that, when combined with a crystal-clear idea of what you want, that gives life to your dreams. It is not, as some “life coaches” would have you believe, your ideas or your passion alone.

The choice is yours, my friend. It always is, always has been, and always will be. And for what it’s worth, I hope you make the right one, because regardless of the fact that I don’t know you and will probably never meet you, I actually give a shit about you, which is, not coincidentally, why this blog post and the entire Manifestation Machine brand exists.

For more information on how you consciously create your own reality using these and other techniques and how you, too, can become a Manifestation Machine, please do not hesitate to get in touch with me at cory[at]manifestationmachine.com, through the Manifestation Machine Forum (where you can ask questions of me and interact with your fellow Mechanics—short for Quantum Mechanics), or via the following social media accounts, because my life’s mission is to help you make your own life better—more beautiful and more abundant in every possible way—and I can’t wait to get started:

Please leave a comment below and tell us how you feel about this post, or better yet, visit its sister thread in the Manifestation Machine Forum and join the discussion about the topics covered herein. We can’t wait to hear from you, and neither can the millions upon millions of your fellow Mechanics!