Posted By Manifestation Machine on Dec 15, 2017 in Blog, Featured | 0 comments 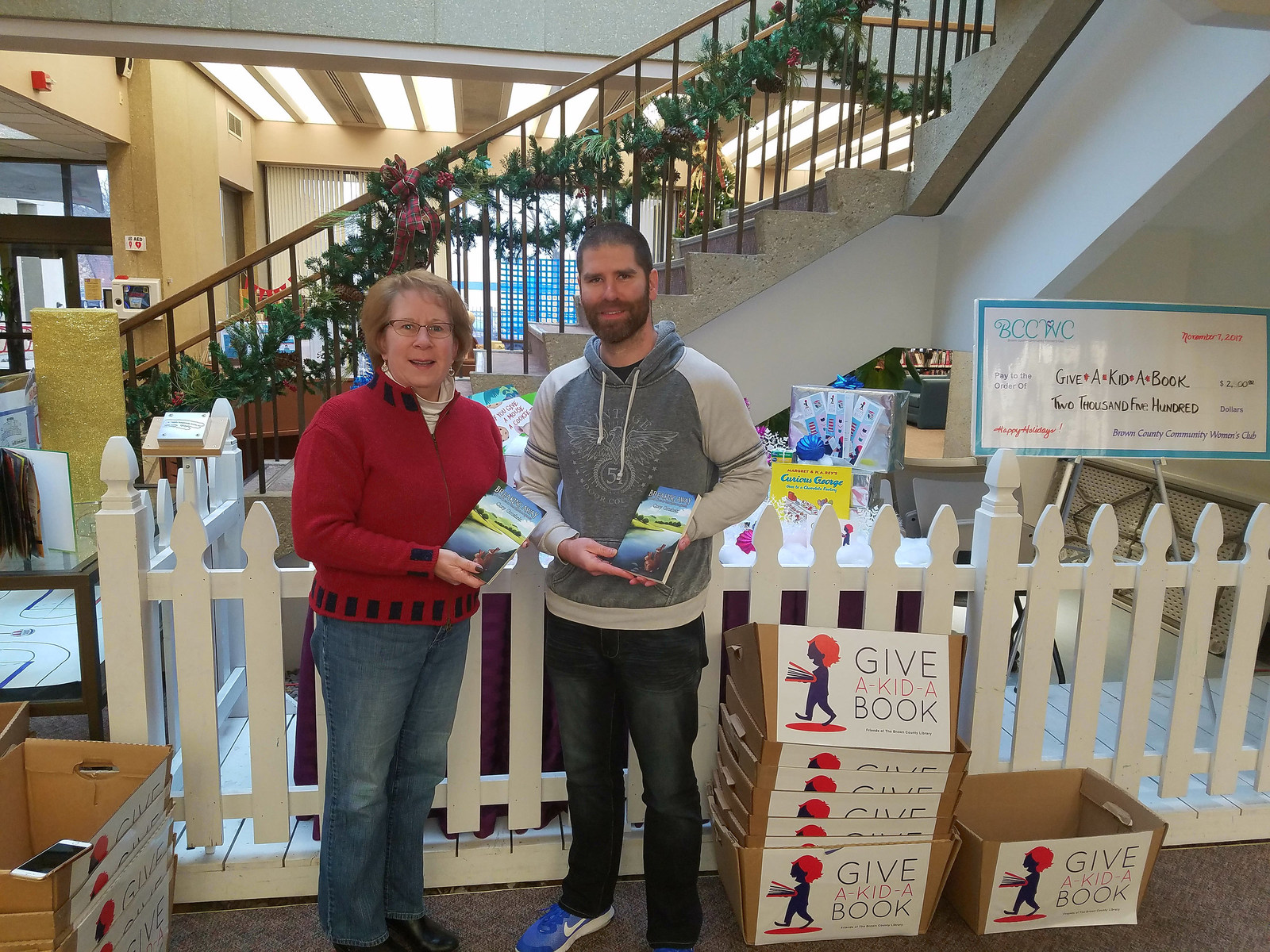 Cory Groshek, author of children’s book “Breaking Away: Book One of the Rabylon Series” and founder of Manifestation Machine, with Meg Deem of the Friends of the Brown County Library, who is accepting copies of “Breaking Away” on behalf of the annual Give a Kid a Book campaign at the Central Library in downtown Green Bay, Wisconsin. (Cory Groshek/Manifestation Machine)

GREEN BAY, Wis., Dec. 15, 2017 /PRNewswire/ — Manifestation Machine, a personal growth and development brand based out of Green Bay, Wisconsin, is proud to announce that its founder, Cory Groshek (also known as Low Carb Cory in the “YouTube Fitness” community and Cory Crush in musical circles) has, as part of his plan to “make the world a better place, one person at a time”, donated over $3,000 worth of his debut children’s book, “Breaking Away: Book One of the Rabylon Series” (ISBN: 978-1946029003), to seven different charitable organizations this holiday season.

When asked for comment about his donations, Groshek had the following to say:

“My goal, with the Rabylon Series, is, and always has been, to eradicate poverty all around the world, by teaching our children and their parents the mindset required to shift from a ‘poverty consciousness’ to what I call a ‘prosperity consciousness’—in other words, by teaching them to run toward what they want in life, as opposed to away from what they don’t want. And I can’t think of a better way for me to accomplish that goal than by donating my book, which is all about achieving abundance, to children and families all across America, just in time for Christmas.”

Groshek, who, for the last year, has been manually distributing free copies of his book across his home state of Wisconsin via a network of Little Free Libraries, says that while placing books one-by-one into what he affectionately refers to as “our little, local libraries on poles” is a great way for authors to give back to their local communities, it wasn’t going far enough for him, hence why he’s decided to take his “giving” to the “next level” this year, by personally mailing hundreds of copies of his book to what could ostensibly be described as “book charities.”

To learn more about Cory Groshek, his debut children’s book, or how you, too, can make a financial or book donation to the organizations mentioned above, visit www.ManifestationMachine.com/charity today.

Manifestation Machine is a personal growth and development brand based in Green Bay, Wisconsin which specializes in teaching success-oriented individuals how to create their own reality through the conscious control of their thoughts, feelings, beliefs, words, and actions.