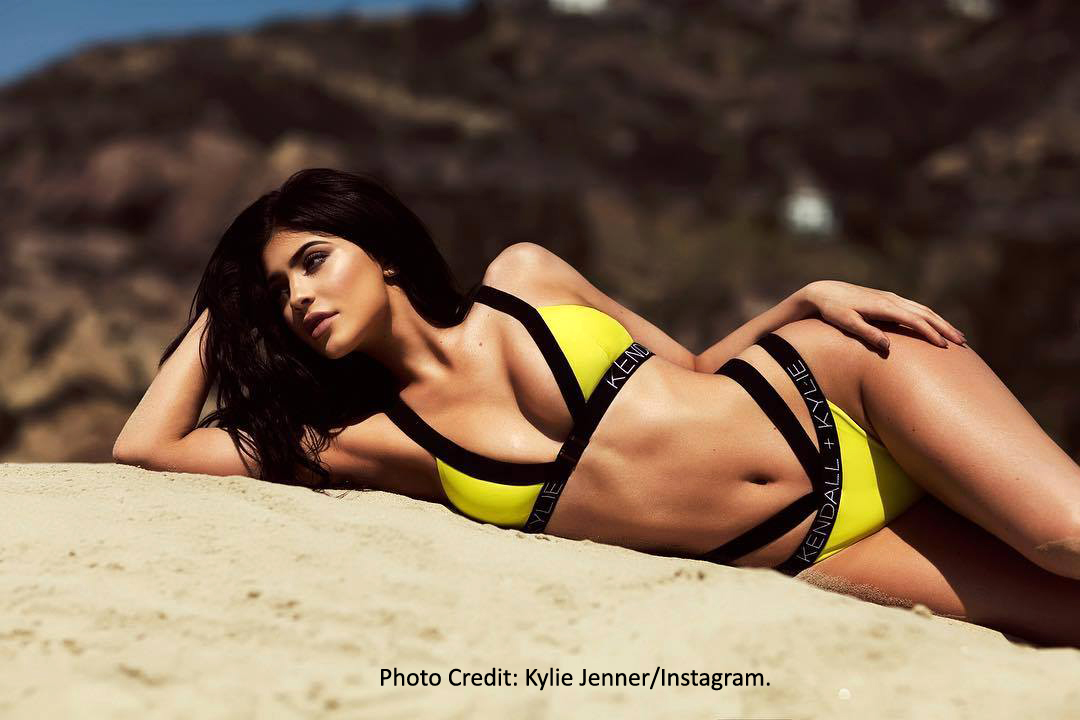 Kylie Jenner: Over 18 million Facebook page likes, nearly 20 million Twitter followers, 80 million+ Instagram followers and, if recent reports are to be believed, a personal net worth rivaled only by that of her big half-sister, Kim Kardashian, as far as Kardashian-Jenner clan members are concerned. How is it exactly that the youngest member of the Kardashian-Jenner clan became its second wealthiest, at only 19 years of age?

I must admit, I am very impressed with Ms. Jenner. A few years ago, no one knew who the hell she was (other than that she was “one of Kim Kardashian’s little sisters”), and now she is more or less a household name and, dare I say it, threatening to render her 30-something-year-old sis effectively obsolete.

From the rampant plastic surgery rumors constantly swirling around Kylie (Has she had her lips done? And what about her boobs? Are they real or fake?) to the astonishing number of girls and women all around the world who have been flocking to her social media accounts and buying out her cosmetics as soon as they become available, it’s obvious that the Western world is becoming increasingly obsessed with the woman many have deemed “Kim 2.0”.

What is it about Kylie, specifically, that has everyone so enamored with her? What is it about this one particular member of the Kardashian-Jenner clan that has compelled the general public to pluck her, of all people, out of obscurity and make her the second richest and easily second most famous member of her family, as opposed to, say, her other half-sisters, Kourtney and Khloe (who have been in the public spotlight far longer than her), or even her big sister and Victoria’s Secret runway model, Kendall?

Don’t get me wrong, Kourtney, Khloe, and Kendall (and to a lesser extent Rob Kardashian and the matriarch of the family, Kris Jenner) are all famous and relatively well-off financially in their own right, but Kylie? She is on a whole ‘nother level, and I, for one, being not only a personal growth and development specialist but a marketing professional as well, want to know why. This is why, for the past couple days, I’ve been pondering all of the factors that have seemingly played a part in the ascension of Kylie, trying to figure out what makes her so “special”, and I’ve come to the following conclusions:

So what is it then—if it’s not her looks, T.V. show, or family name—that has skyrocketed Kylie Jenner to a level of fame that the rest of her family (with the exception of Kim) could only dream of and that has probably got Kris Jenner doing cartwheels off-camera? I’ll tell you what it is:

Pure and simple. From milking her kinship with her already uber-famous Kardashian siblings for everything it’s worth to leveraging her relationship with Tyga to get the nod from the hip-hop/rap community, from her penchant for posting increasingly risqué swimsuit shots and topless photos to her social media accounts to her popping up daily on seemingly every celebrity gossip blog in existence, Ms. Jenner is rivaled in her attention-seeking (and attention-getting) expertise only by her half-sister Kim who, if she doesn’t “watch her back” (as many anonymous online posters have jokingly advised her to do), is soon going to find herself replaced by what is effectively the younger, hotter version of herself. 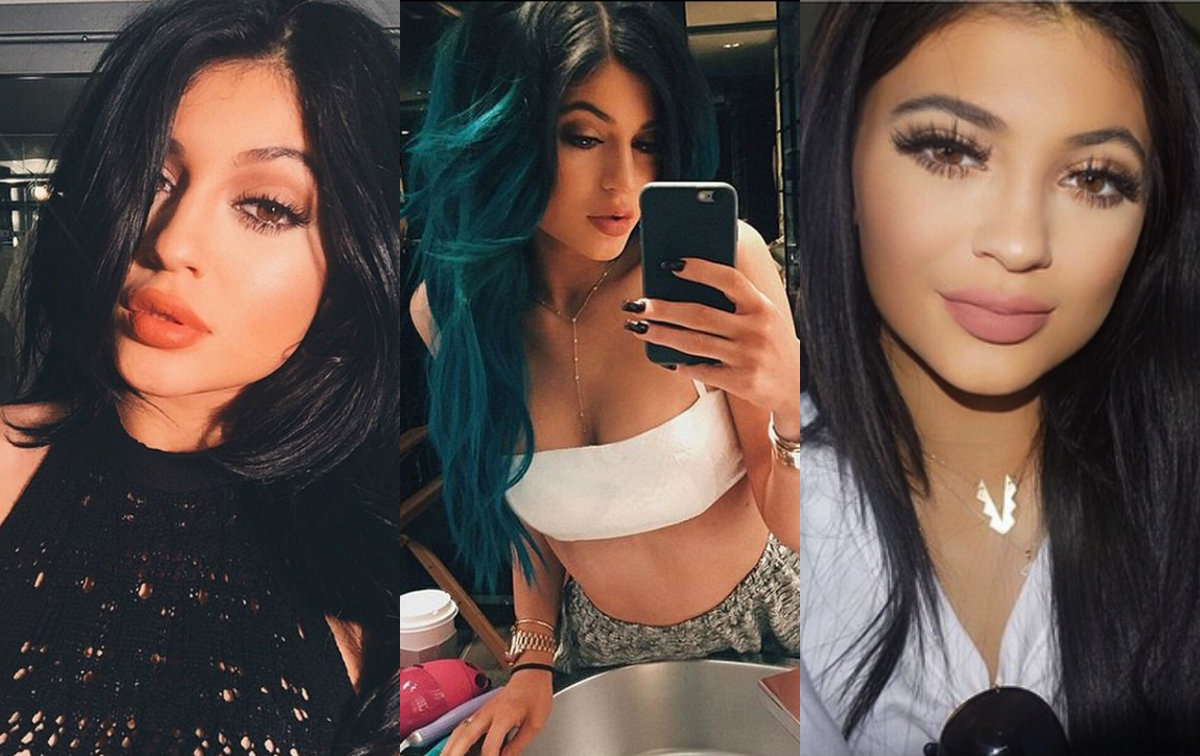 As the saying goes, “where attention goes, energy flows”, and right now (and for the foreseeable future), I’d say that at least 40-50% of the Kardashian-Jenner-related attention is headed in Kylie’s direction and, as such, the energy that has been powering her ascension to super-stardom can only be expected to amplify in the coming years.

Now, you’re probably thinking, “That’s all fine and dandy, Cory, but I came to Manifestation Machine to develop myself, not to listen to you drone on and on about the stupid Kardashians”, but hear me out: There are things that even the most well-established entrepreneurs, business owners, and marketing professionals can learn from Kylie Jenner (and which can be put to good use by anyone, at any point in their life, who wants to be more successful). First and foremost:

As Robert Greene advises in his Machiavellian classic The 48 Laws of Power, we should court attention at all costs. From modernmachiavelli.com (and as pulled from Robert’s book):

“Everything is judged by its appearance; what is unseen counts for nothing. Never let yourself get lost in the crowd, then, or buried in oblivion. Stand out. Be conspicuous, at all cost. Make yourself a magnet of attention by appearing larger, more colorful, more mysterious than the bland and timid masses.”

There is a reason for why Kylie has become a household name: An extremely large number of people know who she is. And make no mistake about it, this did not happen by accident. Everything about her, from her reality T.V. show to her high-profile relationship with her rapper boyfriend to the strategically-taken photos of her scantily-clad body as she is hobnobbing with models and celebrities (all shared with the entire planet via all of the most trendy social media networks, of course), is part of a well-orchestrated plot by her momager, Kris, to make Kylie the “next big thing” in fashion, cosmetics, etc. And guess what?

This young woman now earns more money from appearances at events than most Americans earn in a month (or even a year, in many cases). She gets paid three grand a pop just for shouting out the names of companies in her tweets and Instagram posts. And as for her fashion and cosmetics products? She can’t keep them in stock, because people (most of whom I assume are female) are tripping over each other to get their hands on them. And why? Because they all want to be like Kylie. Or, more specifically, to be Kylie.

But why? Why, why, why do they want to be just like this 19-year-old, new money millionaire (beyond the obvious reason, which is that she is fabulously wealthy)? The answer is:

She’s larger than life, and she appears to “have it all” (even if it may not be true): “The money, the cars, and the clothes”, as Drake would put it, and yes, even the “hoes” (her model friends who she apparently spends a lot of time on beach trips with)! And simply put, other people want that. They want the financially free, fantasy lifestyle that Kylie appears to enjoy (even if, in their hearts, they know what I know, which is that it’s really, for the most part, a big, elaborate illusion)—and she and her mother know this.

Now, will anyone who buys her clothes or her lip gloss ever have what she has? Probably not—that is, unless they can master, as she has, what I call:

THE ART OF ATTENTION-GETTING

And no, I don’t believe calling the act of attracting attention to one’s self an art is ridiculous (in case you were wondering). Far from it, what the Kardashian-Jenners have been doing for the last decade or so is, indeed, an art form—and a hard-to-master art form at that; so hard-to-master, in fact, that many (like Ariel Winter, Bella Thorne and, disgustingly enough, Mariah Carey, who is well past her prime) have attempted to put it to work in their own careers and gotten what I would call “mixed results” (and, in the case of Mariah Carey, complete and abject failure).

Whether one can attract sufficient attention to his- or herself or business/brand is, in my opinion, the prime determinant of whether they will be successful, and also of just how successful they can really become. You may have heard the age-old, philosophical question asked, “If a tree falls in the woods and no one is around to hear it fall, does it make a sound?”, but you may not know the answer. The answer is: There is no tree. In other words, if there is no one around the consciously observe the tree (or to acknowledge its existence) then it can’t fall because, effectively, it doesn’t exist. And so it is with fame and fortune—both the gaining and the maintenance of such—in that people are either aware of you and your existence or they’re not, in which case you don’t exist (at least not to them anyway). And if you don’t exist, well…good luck with getting people to buy anything from you or pay you for anything!

So the next time you think about dissing the Kardashians or the Jenners, think about what you are really doing: Hating on extremely skilled people who have mastered the art of getting attention, from both supporters and haters alike, and using it to build a wildly successful brand that will probably live on in perpetuity, so long as they continue to pop out Kardashian-Jenner babies at regular intervals. My suggestion?

Why do all the work to figure out what it takes to get attention and turn it into profit when the Kardashian-Jenners have already done it for you? All you have to do is observe as these master branders manipulate the media into talking about them incessantly—whether the publicity is “good” or “bad” makes no difference, because attention is attention—and then use the increased awareness of them to convert the drama into dollar signs.

Eminem has done it, Donald Trump has done it, the Kardashian-Jenners have done it, and so can you. So what are you waiting for? Get out there and court some attention today (and if you haven’t checked out my Recommended Books List and picked up a copy of Robert Greene’s The 48 Laws of Power yet, you should probably do that right away)!

Cory Groshek is an author/blogger, new energy/battery metals investor, musician/entertainer, metaphysician, and founder of personal growth and development brand Manifestation Machine, as well as the founder of New Energy news aggregator site New Energy Narrative. He is also known in the music industry as Cory Crush and considered an expert on intermittent fasting in the YouTube fitness community as Low Carb Cory. He has self-published a middle-grade children's book, entitled Breaking Away: Book One of the Rabylon Series, which is now available as a Kindle e-book, paperback, and audio book, as well as for free reading on this website.

corycrush
Fiverr
Seller
My name is Cory and I am an author/blogger, investor, musician/entertainer, metaphysician, and the founder of personal growth and development brand Manifestation Machine. I published my debut children's book, ‘Breaking Away: Book One of the Rabylon Series’ in December of 2016 and am now here to help my fellow authors and entrepreneurs sell more of their own books, as well as other products/services!
© 2020 Manifestation Machine | Manifestation Machine is a registered trademark of Cory Groshek.
Website by Midwest BT
This website uses cookies. Click here for more information.